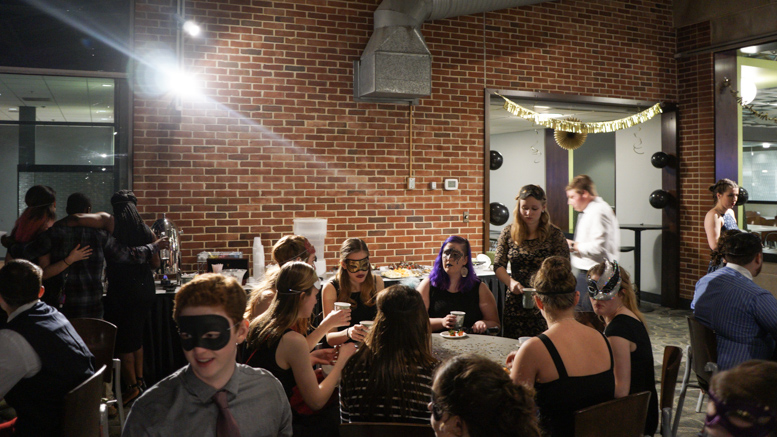 As masqueraders arrived, they were able to enjoy a snack and socialize. Photo by Kyle Parks.

Although initially conceived by the French Club, this event involved collaboration between several student organizations. In all, the masquerade also saw involvement from McDaniel Green Terror Radio, the Ballroom Dance club, Ars Nova, and Dangersauce.

According to French Club President, Jimmy Calderon, the idea for a dance first came up last semester, when some club members suggested it. With encouragement from French professors to undertake fundraising for New Orleans, Calderon decided to revive the idea – proceeds from ticket sales to the masquerade went to charity.

According to Calderon, once the club affirmed the idea of having a masquerade, they “reserved the space, set up a date and began discussion with other clubs to see if they would like to collaborate.”

A photo-op area to take fun photos with friends and show off their classy attire and masks greeted those in attendance. Guests were also treated to a smorgasbord of food, including various fruits (as well as chocolate covered strawberries), cheeses, and crackers. As masqueraders arrived, many took time to have a snack and talk amongst themselves.

The Glar Porch was decorated with the help of Ars Nova, McDaniel’s art club. A variety of balloons, streamers, and other décor added to the festivity of the event.

Due to the masquerade also featuring a ball, McDaniel’s Ballroom Dance club took part in the event. Members from the organization led the dancing at the masquerade, and even offered attendees a tutorial on ballroom dancing.

Meanwhile, members of McDaniel Green Terror Radio kept the energy high with members who DJ’d at the masquerade. Tunes filled the Glar Porch throughout the three-hour span of the event.

Afterwards, students had a chance to continue dancing and treat themselves to more food and quality time.

Megan Mitchell, a student who attended the masquerade, states, “it was so nice to get all dressed up and go dancing with friends. The theme was really fun and I loved seeing everyone’s masks. I hope the French Club decides to do this event again or something similar in the future.”

French Club Treasurer Anhette Palma says “It was nice! Everyone liked the mini lessons we had for the dances, they also seem to have enjoyed the dangersauce show.” 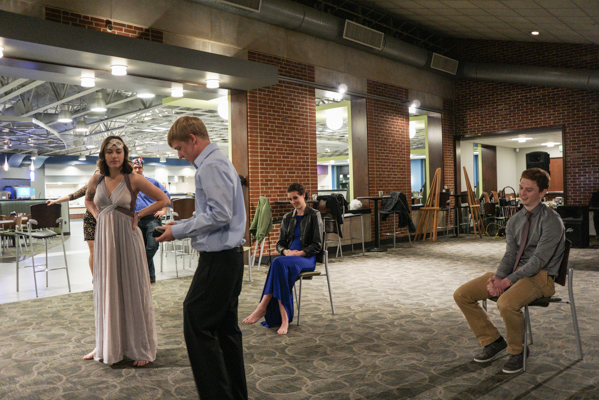 Dangersauce performing at the masquerade. Photo by Kyle Parks. 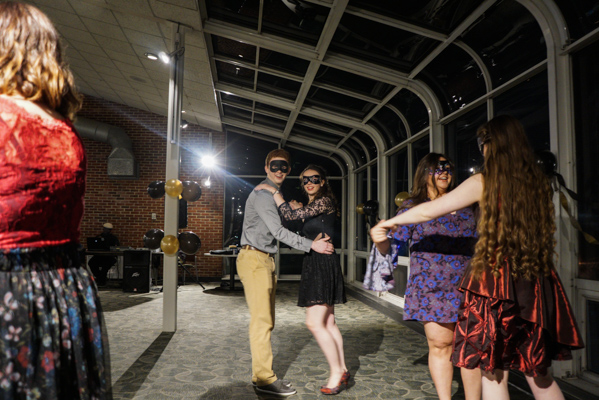 Attendees had many opportunities to dance, and even received a brief lesson from members of the Ballroom Dance club. Photo by Kyle Parks.

WMCR McDaniel Radio: Off Air for Good or Just Momentarily?