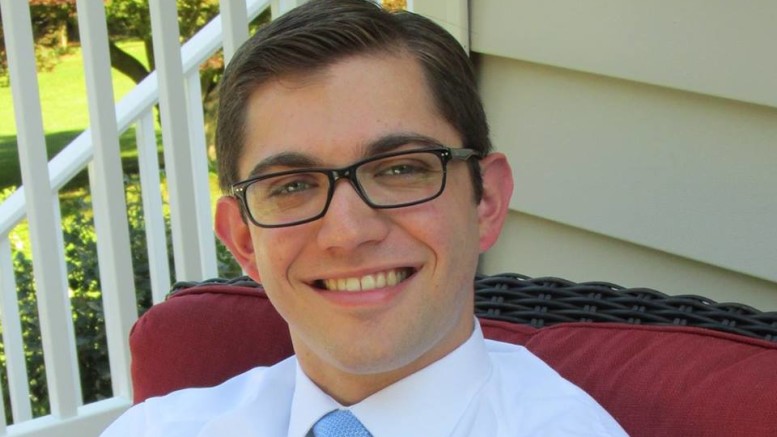 The results of the 2016 presidential election disappointed junior Tyler Hagen and left him with a desire to act.

”I strongly believe that if you have a disagreement with the leaders in our government, it’s our obligation to step up and try to do something about it.” Now that he feels the timing is right, Hagen is running to be on the Democratic State Central Committee of Maryland: the governing body of the Maryland Democratic Party, or as Hagen describes it, “the state version of the DNC.”

If elected, he will be responsible for advocating on issues that are important to him with help from party leaders, department heads and other legislators who have the resources to make a change.

So, how does the election process work?

Voting for the members of the Democratic State Central Committee will take place during the 2018 gubernatorial election on June 26. Voting is carried out based on the district the candidate lives in. Hagen lives in district 7; only people who live in district 7 can vote for him to be on the committee. People living in other districts will vote for candidates from their own districts.

Participating in this election is no simple task. To prepare, Hagen has strategically collected a team of individuals whom he trusts, and has given them roles catered to their specific skills. Two of the team members are McDaniel students: junior Matt Hopson works as one of Hagen’s advisors, and Emma Carter, also a junior, is one of two social media coordinators. Friends from his hometown constitute the rest of Hagen’s campaign team: a second advisor, second social media coordinator, political advisor and press liaison.

Looking forward, the next step for Hagen and his team is reaching out to voters. McDaniel junior Matt Hopson and Hagen’s campaign advisor mentions the significance of voter knowledge on the importance of this election.

“While this isn’t a race for governor or state delegate or state senator or a higher national office, and it may not get the big attention on national news outlets or something like that would get,” Hopson says, “it’s still important and it’s still something that voters should be looking at to look at the improvement in the future of the Democratic party.”

Hagen is ready to begin in this step of campaigning for the election.

“What I’m most excited about is talking to the voters, seeing the issues that really matter to them and trying to figure out a way that the Democratic party can be the leading party in helping to address those issues.”

In the months ahead, Hagen and his team will be looking forward to the election, and the chance to finally begin actively participating in government.

Where in Westminster: Baugher’s Orchard