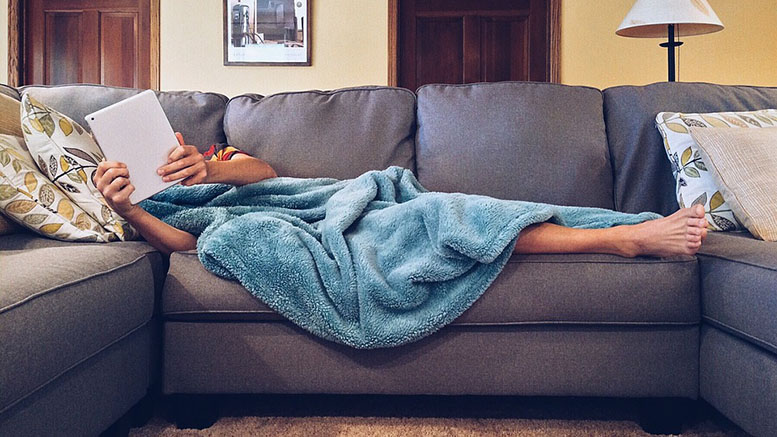 For half of McDaniel’s Spring 2018 semester, junior Connor Hare shared photos and videos of Budapest, Hungary – the location of the College’s Europe campus where he was registered to study abroad – with his followers on social media.

Hare, however, never left the U.S.

Instead, Hare has spent the semester at his home in Accident, Md., where he sleeps in on weekdays and watches entire long-running series like Friends in less than a month. He said he posted pictures of Budapest he found on the internet to his social media accounts so he could avoid suspicion of his absence.

“I called the Budapest campus and left a message to say I wasn’t going anymore, but I never actually talked to anyone here about it,” said Hare, 20. “Sitting on the couch posting pictures of Budapest from Google Images is easier than dealing with the logistics of registering for classes at the regular campus, anyway.”

“My Instagram feed was looking pretty sharp,” he said.

It wasn’t until spring break – halfway through the semester – that others began to question Hare’s whereabouts.

Erica Wheeler, one of Hare’s former housemates, became suspicious when she noticed a Shutterstock watermark on a photo of the Hungarian Parliament Building, a landmark of the city, that Hare posted on Facebook.

“I was wondering why Connor wasn’t actually in any of the photos he posted, but I figured maybe he was just camera-shy,” said Wheeler. “Then I saw that watermark and thought it was pretty fishy.”

Wheeler mentioned the watermark in a conversation with Chester England, the head of McDaniel’s study abroad office, while she planned her own semester in Europe.

England contacted the academic department at the Budapest campus and spoke with officials there. They notified him that they thought Hare was at the Westminster campus, based on a message they had received on their main office’s answering machine before the start of the semester.

“The kid just duped us all,” said England. “I’m glad we got him when we did.”

Since England’s discovery, Hare has been suspended and has told his followers on social media that none of the pictures he posted this semester were his.

“Well, it was pretty cool while it lasted,” said Hare. “Maybe I’ll go to Budapest for real some day.”

From the archives: Homecoming throughout the years