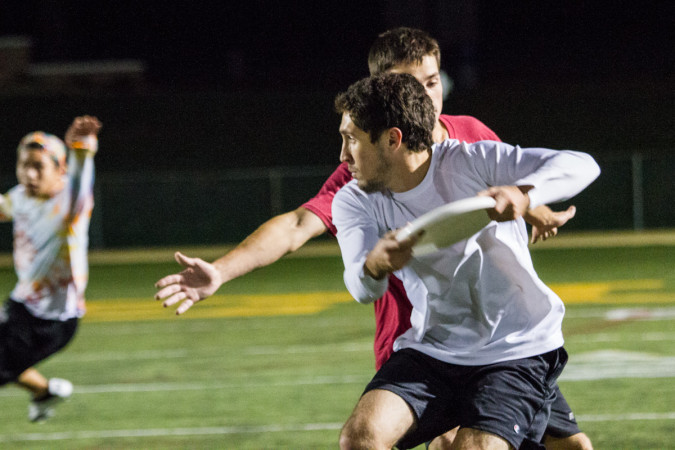 On Mondays and Wednesdays at around 9pm at Kenneth R. Gill Stadium, students play Ultimate Frisbee, throwing not a football around the stadium, but rather the humblest of objects, a round, plastic frisbee.

According to junior Manuel Miranda, the club’s president, Ultimate Frisbee has been at McDaniel for approximately four years and began traveling around to other colleges his freshman year. In explaining the game, Miranda states, “the game Ultimate is a mixture of the games soccer, football, and basketball.”

Miranda says that he chose Ultimate Frisbee because of the relaxed nature of the game, due to, among many reasons, the fact that it is self-officiated, meaning no referees are involved. Senior John Mayer seconds this, stating, “It’s a game that everyone can play. It’s easy to learn and it’s a lot of fun.”