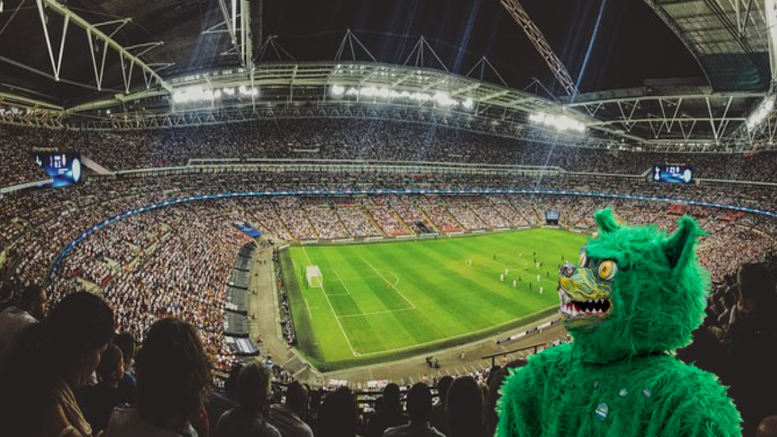 In an incredibly unexpected turn of the tides, students have been flocking to sporting events on campus in overwhelming numbers.

Nearly 400 students are attending every on-campus game. Whether it’s filling in the bowl around the football field or packing in the bleachers by the tennis courts, students are showing up and bringing their friends.

Athletics says they haven’t reported attendance numbers this high since students actually cared about events put on by the college back in the 1970s.

“It’s been really great to see these record-breaking numbers this past year,” said someone walking around with a “Green Terror” polo tucked into khaki pants with a black belt and shoes who looked official.

While the college is celebrating these numbers for their sheer quantity, campus officials are even more excited about them because of the demographic breakdown.

The majority of the students who have caused the influx in attendance have been non-athletes, pointing to a possible cultural change on campus.

“Historically, the only students who come out to watch sports on campus are student-athletes who aren’t playing that day,” said a second person wearing the same outfit as the first source and is assumed to be of importance within Athletics. “It’s been really nice to see this recent surge of non-athletes,” they continued.

Despite the recent success of many of McDaniel’s sports teams, most on-campus games have not been seeing more than a casual 100 show up in attendance and many of these are presumed parents of the participating athletes. Until now, estimates say that no more than 50 students would be in attendance and nearly 75 percent of them were student-athletes. Now, just about 10 percent of the attending students are student-athletes.

As students learn throughout their time on the Hill, an integral feature to life at McDaniel is holding a great disdain for participation that requires effort beyond lifting a finger as well as holding an open mind to giving apathy a pat on the back whenever possible. While student organization attendance has steadily dropped over the last decade because of this mindset, athletic teams have maintained steady roster sizes and have experienced little to no issues with recruitment.

“I feel so lucky that we’re able to have so many great kids out there on the field,” said one coach-looking person also wearing the polo and khaki combo. “I just wish that we had had more students out here watching their classmates before now,” they continued.

Coaches, players, and Athletics officials are rejoicing over the newfound interest in sports on the Hill. They say without the attention it would have been even harder to justify their ludicrous spending to the board next year.

“It’s just crazy how much they let us spend on sports when no one’s been showing up until now,” the first polo and khaki clad source said, “I’m really glad that more people are coming out. I think they were about to start cracking down on us,” they concluded.

With just under two months left in the school year, there are still plenty of games on campus for students to attend and Athletics can’t wait to see attendance numbers continue to rise.

“I’d like to see everyone who’s on campus out at one of our games,” someone behind a desk said.

Sporting events on campus are always free and open to the public. Students are encouraged to visit mcdanielathletics.com/composite for an up-to-date schedule of all events.