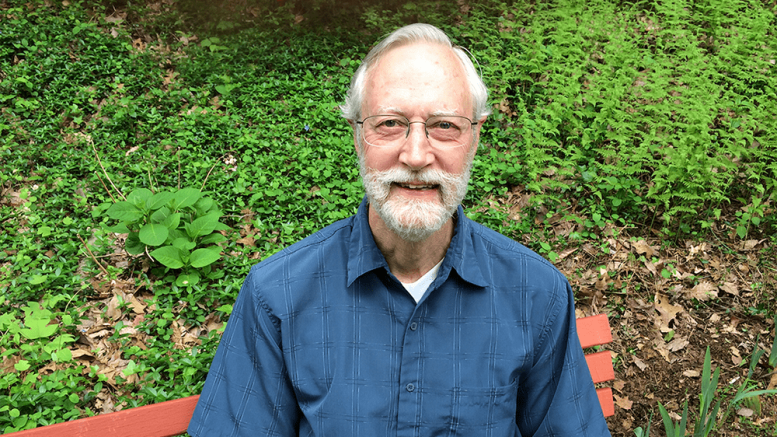 Thomas Deveny, Ph.d., spent nearly 40 years at McDaniel. He retires having taught every level of Spanish offered on the Hill.

McDaniel’s time with professor Thomas Deveny, Ph.D., is soon drawing to a close, as Deveny is retiring after 40 years of teaching.

“McDaniel College has been a great experience for me. I taught here for 40 years,” Deveny said. “I especially enjoyed interacting with generations of students, which gives me many fond memories, and I enjoyed growing as a teacher and scholar in ways I had never imagined.”

As a Spanish professor, Deveny “taught all levels of Spanish — from Elementary to the Senior Seminar.” He began by teaching Medieval and Renaissance literature, and moved on to on more contemporary Spanish literature and culture later in his McDaniel career.

Deveny also said he values the ability to pursue a variety of intellectual abilities.

“One thing I value about my career is that McDaniel gave me opportunities to continue to develop intellectually. With my first sabbatical, I began to concentrate on Spanish cinema,” he said. Deveny’s film courses included classes such as Spanish Novel to Film, Migration in Hispanic Cinema, and Spanish Cinema of the New Millennium.

“The latter two [courses stated] are the subjects of my latest books,” Deveny added.

“I also had the opportunity to teach Great Works of the Western World I, from The Odyssey to Cervantes, and II, from the eighteenth to the twentieth centuries, in the Honors Program, which was a delight,” he said.

However, Deveny points to one course as perhaps his personal favorite.

“I would say that one of the courses I most enjoyed was teaching Don Quixote, both in Spanish and in English, a course I named ‘The Greatest Novel Ever Written’,” Deveny said.

He said he has several fond memories of McDaniel, from inside and out of the classroom. Deveny enjoyed “taking students to Spanish restaurants or flamenco shows, [and] interacting with students in the Spanish House.” He also reinstated language houses on campus.

In addition to on-campus courses, Deveny said he is also fond of Jan Term trips.

“I also led or co-led Jan-term trips several times to Spain, once to Mexico, and most recently, to Morocco and Spain. In addition, as advisor to the Peace Club, I took a group of students to an anti-war rally in Washington, D.C.”

Colleagues play just as an important part in Deveny’s time at the College, too.

“I…fondly remember my association with colleagues — lunches in the now defunct Faculty Lounge or dinners at our homes, and, in my early years, playing on the Faculty championship-winning intramural basketball team,” he said. “And of course, greeting my colleague and dear friend [German professor] Mohamed Esa each day with a hug and the words ‘assalamu alaikum [an Arabic phrase that translates to “peace to you”].'”

While Deveny is retiring, he still has a handful of tasks to complete, he said.

“[I’ll be] wrapping up some publishing projects [which include] two books and some articles.”

However, Deveny also hopes to spend more time with his granddaughters, his home garden, and hopes to travel more — especially to Spain.

Deveny has accomplished much during his time at McDaniel. Deveny said the accomplishments he is most proud of were the Ira G. Zepp Professor of the Year Award and being named the Ralph and Dorothy John Humanities Chair.

He also hopes that he “touch[ed] the lives of generations of students while sharing my passion for the Hispanic world — the language, the literature, the culture.”

After a long career, Deveny said he is proud of the reception of his academic work.

“I am also happy that my books and articles have been well received both in the United States and in Spain. I was especially gratified last year when I was invited by the University of Murcia in Spain to participate in a conference, and I was interviewed by a local cultural magazine and by Radio Nacional de España.”

When asked what advice he’d like to share with the McDaniel Community, Deveny encouraged students to “enjoy your time on the Hill! Get intellectually engaged and socially involved, explore, take chances, have fun.”