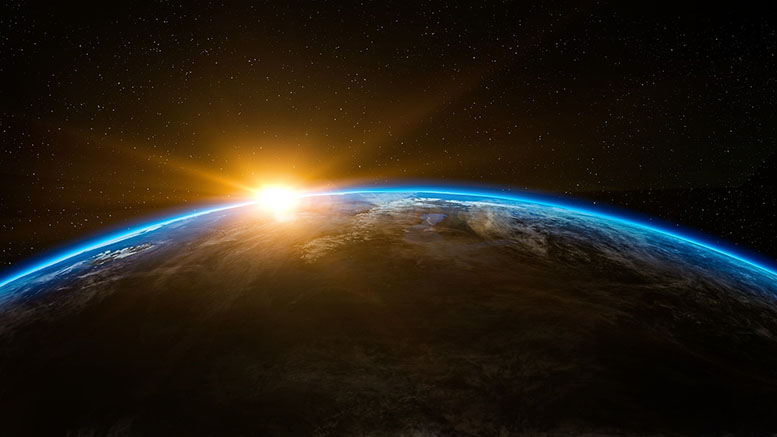 An egregious photograph of the Earth.

McDaniel College announced on March 14, otherwise known as Pi Day that the Environmental Science department will be offering courses on the latest scientific conspiracy to make its way around the globe… or rather from edge A to edge B with flat earth related courses coming to the Hill this fall.

Along with this earth shattering announcement, students can expect courses highlighting the critical evidence of English author Samuel Rowbotham’s flat earth theory. Courses will include cartography of a flat planet, analysis of the fake moon landing, and breaking the psychology of round Earthers.

In a hope to make waves and begin bringing the flat earth theory into full focus, a course related to the flat earth is becoming the newest addition to the McDaniel plan and is available as a major.

With this theory only recently taking flight, McDaniel announced that accredited members of the Flat Earth Society will be joining the faculty team as adjunct professors. Having been founded in 1956, The Flat Earth Society has a rich history and has been brought into the mainstream by celebrity attention.

NBA star Kyrie Irving was one of the first celebrity figures to announce their following of the Flat Earth Society teachings back in 2015. Since then, Irving has been joined by other celebrities such as rapper B.o.B, which raises questions following the rappers hit song ‘Airplanes’ that featured Paramore frontwoman Hayley Williams.

Speculation over how long B.o.B has been a member of the Flat Earth Society is uncertain as the rapper has been observed arguing the shape of the planet with astrophysicist Neil deGrasse Tyson on twitter.

Further exploring the flat Earth theories, McDaniel has announced a study abroad Jan term is in development that will bring students to the edge of the planet and spur curiosity to solve the mystery of what awaits over the edge.

To give students the most realistic experience when traveling to the edge of the world, sailing ships will be used as this was the technology used at the time the theory was widely accepted.

With responses differentiating in support, McDaniel is expected to introduce additional pilot courses in the future and find the balance between flat and round earth teachings.

As flat earth courses look to become active this fall, speculation of really where the Hill sits in the midst of the universe is raised and can only grow as more details become available on the courses with each passing time the sun falls into magnification.

Student Chooses to Become Hobo Rather Than Pay for Housing